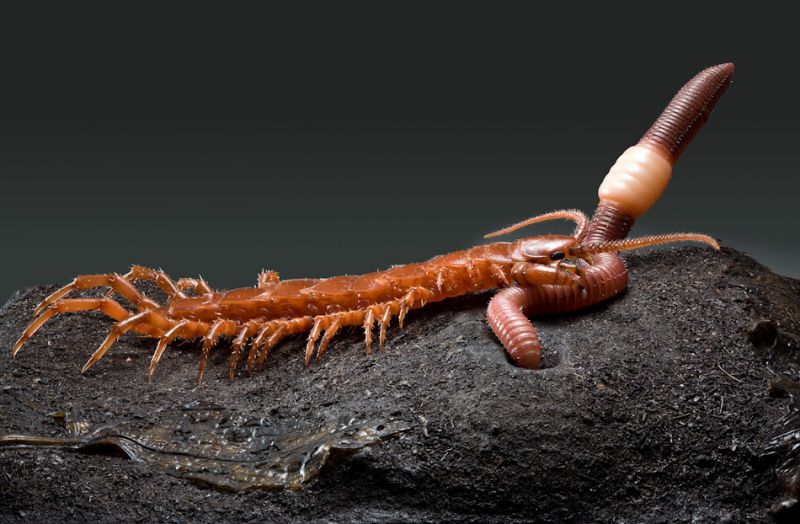 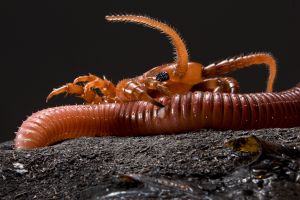 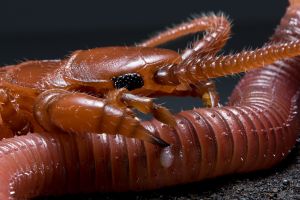 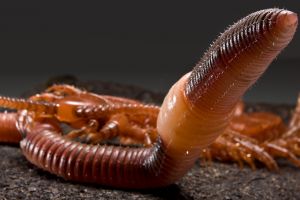 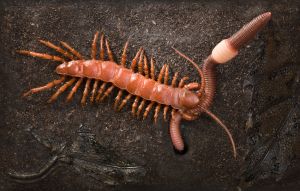 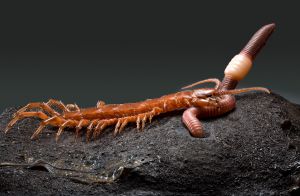 A brown centipede overcomes an earthworm.

This predator-prey scenario depicts an everyday drama that happens in many places in secret right under our feet.

The scene of crime is the upper litter layer in forests, under stones or dead bark.
As soon as a feeler has disturbed the victim, it is gripped by the nocturnal attacker’s strong mandibles and paralysed by the injection of a highly effective poison before being eaten.

The earthworm of the species Dendrobaena octaedra can be identified, among other things, by eight identically arranged rows of hairs that extend along the length of the creature. That gives the worm a slightly octagonal shape (octaedra!).

Earthworms belong to the subclass of Oligochaeta. The hairs help it to gain traction in the earth and to move itself forward. When it senses danger, the worm pushes its hairs out so they are standing up noticeably, as shown in this scene.