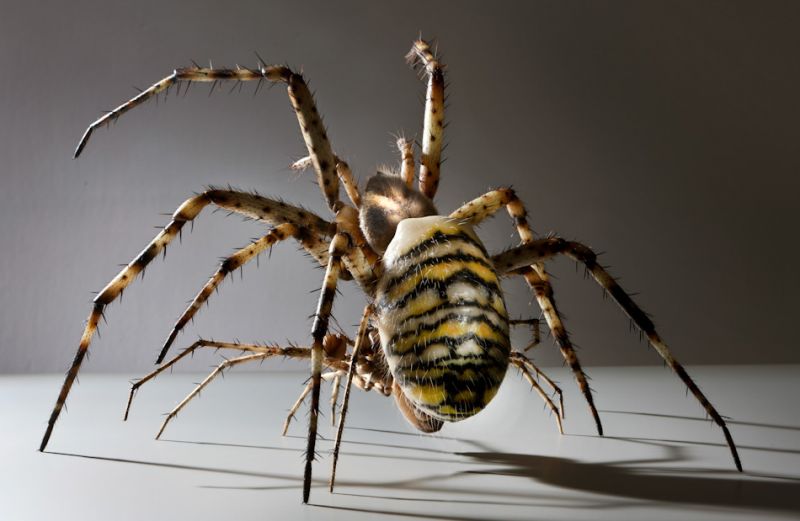 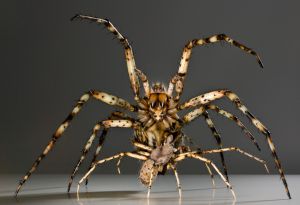 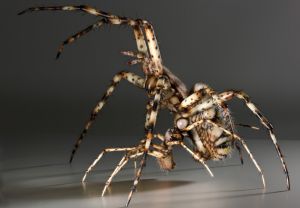 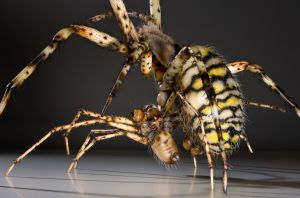 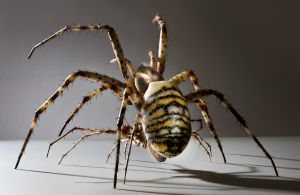 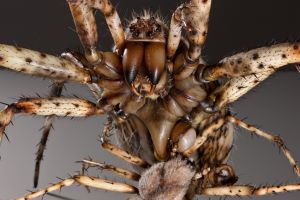 Around 50 years ago, the wasp spider was still extremely rare in central Europe.
It has increasingly spread, due to the progress of climate change, and is now rather frequently represented in almost all central European countries, as well as some in Asia and Africa. Its unmistakable pattern of yellow and black stripes means it cannot be confused with any other species of spider.
The wasp spider lives in sunny meadows with large populations of grasshoppers, because these are its favourite prey.

When wasp spiders mate they create a dramatic spectacle.
The very much smaller unprepossessing male (4 to 6mm) approaches the plump female (15 to 20mm), moving jerkily. The female lifts up the front part of her body so the male can insert his sexual organ, which is situated on his head, into the female's abdomen. That is the moment depicted by the models.
Generally, the male is cocooned, killed and eaten by the female during mating. However, a split second before this, the male breaks off his sexual organ so it remains in the female and prevents entry by potential competitors.