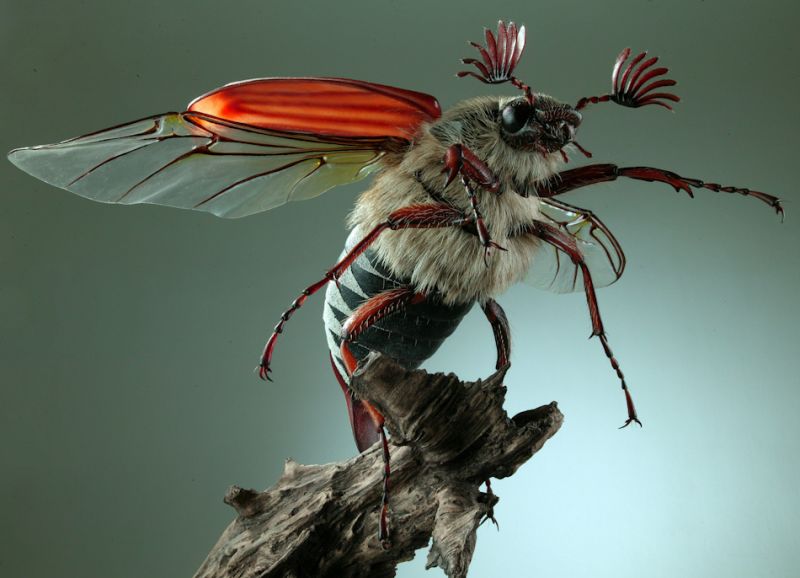 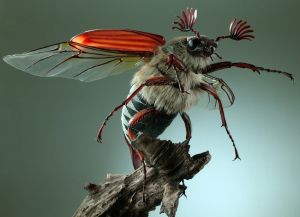 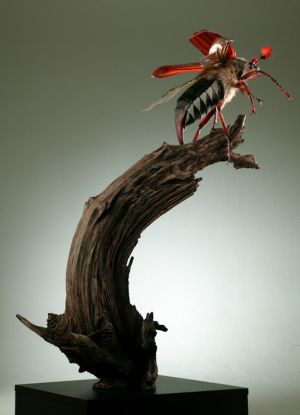 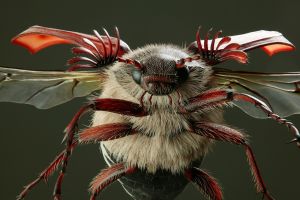 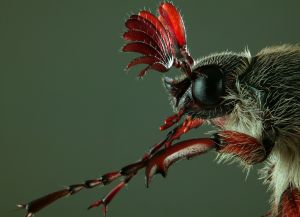 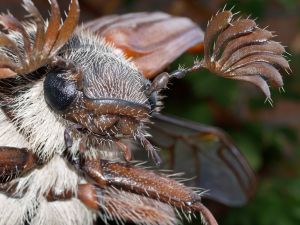 The common cockchafer was distributed throughout the whole of central Europe and periodically occurred in large numbers. In the 1950s and 1960s, poison was intensively used to combat them and, as a result, there has been a sharp decline in their numbers since then.
This species has now become a rarity in most of Europe. Melolontha melolontha swarms in the evening twilight at the edge of broadleaf forests.

These beetles are approx. 2 to 3 cm in size and feed mainly on oak and beech leaves. In the case of mass occurrences they can strip whole forests bare. The cockchafer larva lives in the soil and feeds on roots. The larvae take around a total of four years to develop, which is why people refer to "cockchafer years". The males have large 7-part fan-like feelers and the females can be identified by their much smaller and only 6-part gill-like feelers.