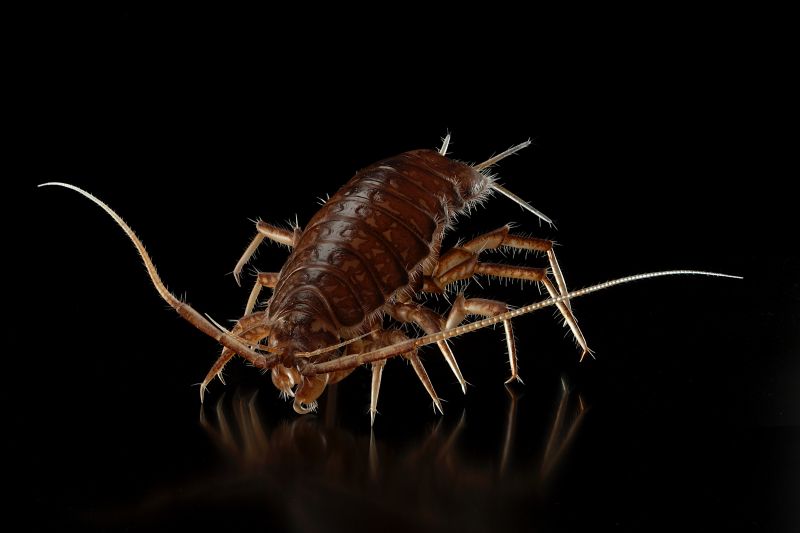 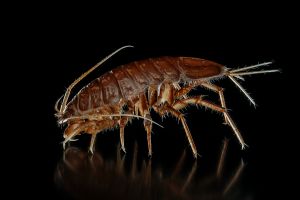 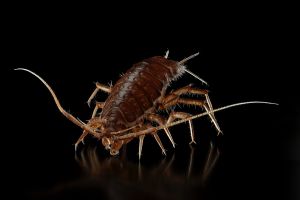 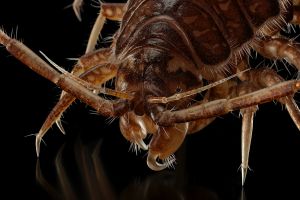 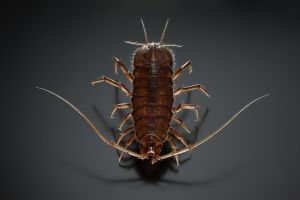 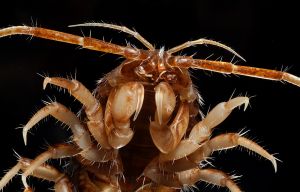 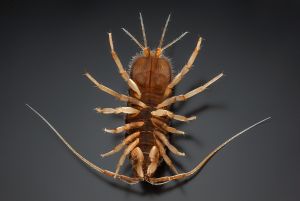 The water hoglouse is a freshwater crustacean resembling a woodlouse.

It lives in standing and slowly flowing waters throughout the Palearctic.

Asellus aquaticus does not have many demands on water quality.

In natural garden ponds water hoglice are very useful as they recycle nutrients.

They even occur in drinking water pipes where they feed on organic substances.

Asellus aquaticus stays on the ground or climbs on aquatic plants. It rarely swims in clear water.

Male animals are almost twice as large as the approx. 8 mm large females.

The front and back of a water hoglouse can be distinguished by the long antennae that are located at the head, next to another short pair of antennae.

The last body segment is formed into a plate which hides gills underneath.

On the ventral side of the female, the eggs are laid in a brood pouch, from which small waterlice hatch after 3 to 6 weeks.