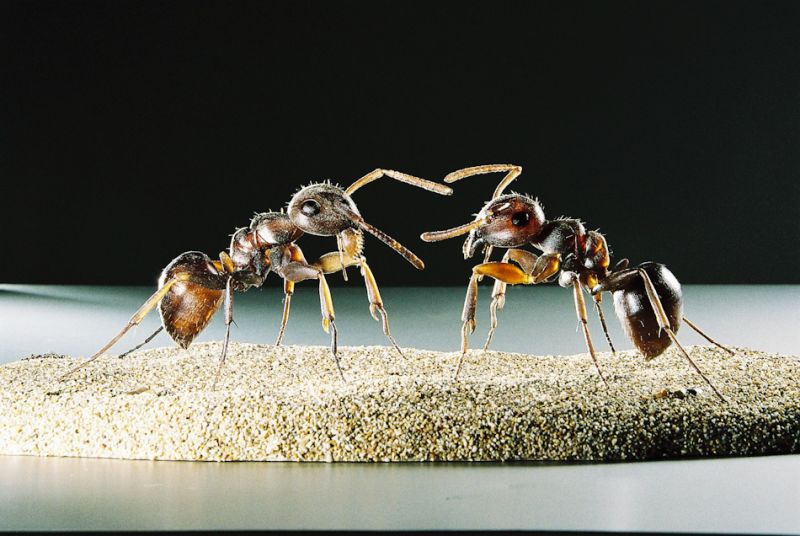 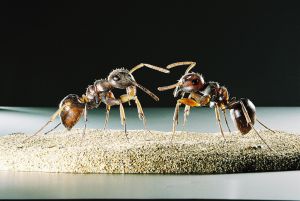 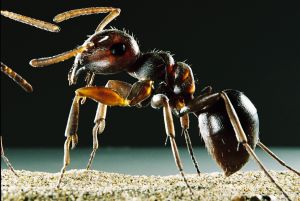 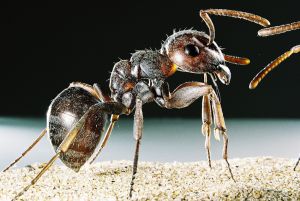 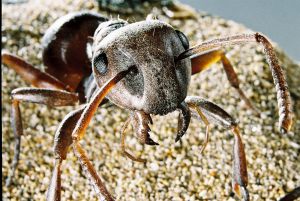 Lasius niger is one of the most common species of ant and can be found in Europe, Asia, Africa and North America.
It prefers sunny places and builds its nests both underground under stones and paving slabs (which is why it is known as garden ant), as well as above ground between stems of grass.
Lasius niger likes to invade houses and is always on the search for food, preferably substances containing sugar.

This species, which swarms in mid-summer, grows to 3-5 mm in size. They keep aphids, which they look after like dairy cows, in order to milk their sugar-containing secretions (honeydew).
They also feed on vegetation and insects. The queen can live to the age of 15 to 20, whereas workers live for around 7 years.