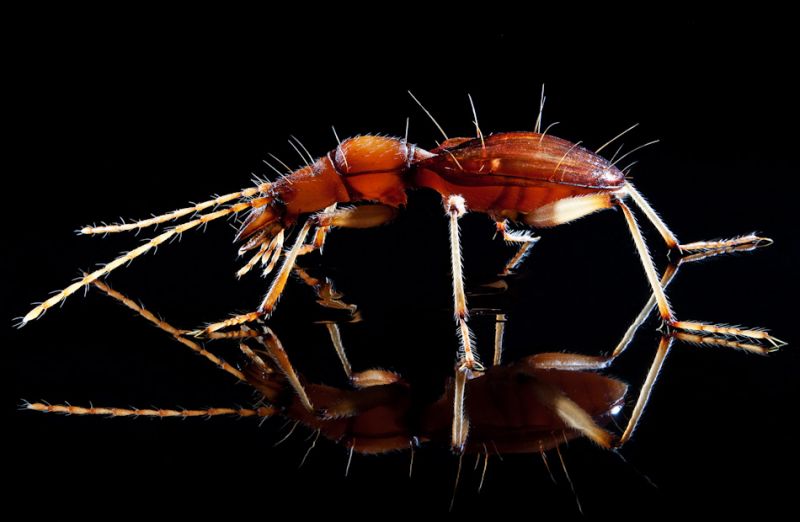 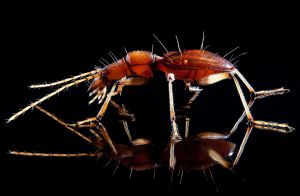 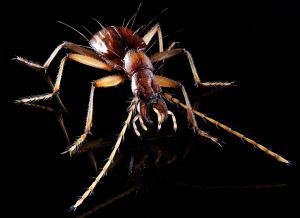 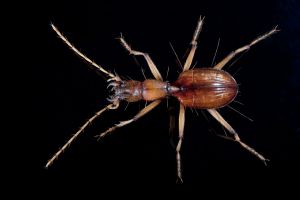 This cave beetle was first discovered in 1970 and is one of the rarest creatures in the Alps.
The creature is 6 mm in size and is one of the few surviving species that used to live in the Alps several ice ages ago. The beetle has evolved in a fascinating way. A total of three Arctaphaenops species are known and have developed from a remnant species through iceage isolation in cave systems.
Arctaphaenops muellneri is one of these. The beetle lives in inaccessible underground crevices and caves and only exists in the Limestone Alps of Upper Austria.

This cave beetle is completely blind and, so, perfectly adapted to life in eternal darkness.
While eyes and wings have receded, it has developed a strong sense of touch. Its appearance is characterised by long feelers and individual, noticeably long tactile hairs.
The amber coloured beetle needs a cold damp environment and its underground way of life means it has lost its sun-protective pigment.
It is not yet known what the creature feeds on.